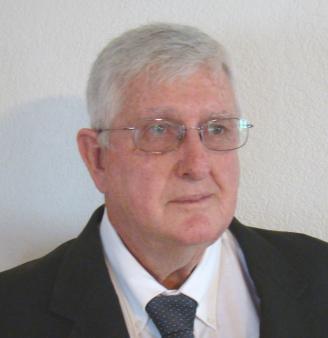 Following graduating from NMSU in 1971, I and my wife Cathy operated family ranches at Carrizozo and Mountainair, NM.

I accepted an engineering position with Halliburton Energy Services in Odessa, TX 1980. I spent 28-1/2 years with Halliburton in various engineering and technology positions. I held positions from Field Engineering to District Engineer in Odessa and sales to Sr Technical Advisor in Midland. In 2007, I retired from Halliburton after serving on the Technology Team addressing Cementing, Conformance, and Reservoir Analysis.

I accepted a position with Kinder Morgan CO2 Company as a Senior Reservoir Engineer for the SACRC Unit in 2007. I performed reservoir monitoring and characterization analysis on team projects to develop and improve recovery through conformance options addressing inefficient cycling of CO2 and water on Units.

I have been a member of the American Association of Drilling Engineers (AADE), American Petroleum Institute (API), International Association of Drilling Contractors (IADC), and the Geothermal Research Council (GRC). I am a member of the Society of Petroleum Engineers (SPE) where I have served in various offices for over 27 years; Southwest North America Regional Director on the International SPE Board (2003-2008), Director Trans-Pecos SPE Section, and various TP section offices in Odessa (1990-2002). I served as a Senior Division Judge on the Annual SW Texas Regional Science Fair (1980 – 2015) representing SPE’s Recognition Awards. I received the SPE “Southwest North America Regional Service Award” in 2000. I have authored or co-authored over 20 SPE & Geothermal Research Council Papers.

I began giving papers at the SWPSC in 1985 and served as a Session Chair from 2002 to 2006. I joined with other SWPSC Board members and industry specialists in conducting Short Course Schools from 2005 through 2015. I served as the Program Chairman for the SWPSC in 2008 and as General Chairman in 2009. I currently am on the SWPSC Board.

I retired in 2019 and live in Logan, NM on Ute Lake. I still maintain a consulting business for various companies and operators on varying issues in conformance and well integrity services.